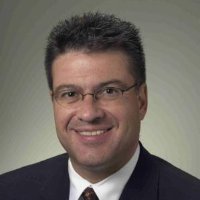 Michael J. Murray maintains an active labor and employment law practice in New Bedford. Mr. Murray advises and defends a wide range of private and public sector employers in a wide range of employment and labor law matters involving collective bargaining, unfair labor practice practices, grievances and arbitrations and representation elections. He has appeared before the Labor Relations Commission and the National Labor Relations Board. Mr. Murray provides counsel to employers of all sizes in in matters involving discrimination, sexual harassment, wage and hour claims, FMLA and ADA, non-compete and confidentiality agreements, employment and severance agreements, employee discipline and termination and personnel policy issues. Mr. Murray is licensed to practice in Massachusetts and Rhode Island and has regularly appeared in state and federal courts in both states.

From 2000 to 2012, Mr. Murray was a partner at Partridge Snow & Hahn in the firm’s New Bedford, MA and Providence, RI offices. At the firm, Mr. Murray specialized in all aspects of employer side employment and labor law. From 1990 to 2000, Mr. Murray was the General Counsel for the Bristol County Sheriff’s Office. In that position, Mr. Murray was the principal and managing attorney for the department. His responsibilities included managing and directing all labor relations for the agency and interacting with four different unions representing over 500 employees. Prior to 1990, Mr. Murray was an associate in the firm of Fernandes, Fraze and Finnerty, a small general practice law firm in New Bedford, MA.

Mr. Murray is active in a number of civic and community groups in the New Bedford area. He is a former President of WHALE, New Bedford’s premier historic preservation group, and the New Bedford Bar Association. He is currently serves on the Board of Directors of both groups and is a member of the Bristol County and Massachusetts Bar Associations, the Friendly Sons of St. Patrick and Damian Council, Mattapoisett, of the Knights of Columbus. He is a former Board member of the Greater New Bedford United Way, Leadership Southcoast and the New Bedford Rotary Club. He is also the Vice President of the Marion Rochester Youth Soccer Club and serves as a youth soccer and baseball coach in the MRYS and Fairhaven Acushnet Little League.